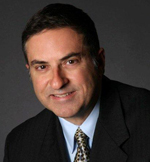 Dr. Busuito is triple board-certified in general surgery, plastic surgery and hand surgery. He is a fellow of the American College of Surgeons and a member of several prestigious medical societies. He has published numerous peer-reviewed articles and abstracts, and delivered presentations at conferences across the country. Despite his active schedule, Dr. Busuito has volunteered his surgical services to underprivileged children in Mexico every year since 1994. 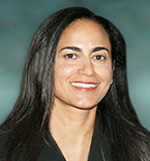 Dr. Hassan was the lead investigator of a multi-center, international trial of vaginal progesterone for the prevention of preterm birth, which demonstrated that the use of progesterone decreases the rate of preterm birth before 33 weeks of gestation by 45 percent and respiratory distress syndrome by 61 percent.

Dr. Hassan also is a member of Gov. Rick Snyder's Infant Mortality Steering Committee and Academic SubCommittee. She is a member of the Michigan Perinatal Care System Planning, Education/Training and Communication Work-Group, in partnership with the Michigan Department of Community Health and the March of Dimes, Michigan Chapter. Crain's Detroit Business named her a 2014 Health Care Hero and the Detroit News named her a 2014 Michiganian of the Year for her work to reduce preterm birth. 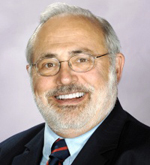 Dr. Roger Kahn is a cardiologist who recently finished two terms in the Michigan Senate as well as one term in the State House of Representatives. During his time in the senate he served as the chairman of the Committee on Appropriations.

Dr. Kahn attended Michigan State University, then Wayne State University, where he received his M.D. Prior to serving on the Saginaw County Board of Commissioners, Dr. Kahn was a cardiologist. He remained on this county board until he was elected in 2004 as a member of the state House of Representatives. In 2006 he was elected to the state senate, where he served until December, 2014.

Prior to serving as the Chief Medical Officer, Dr. McIntrye attended Wayne State University where she got her M.D. After becoming a doctor she served in multiple medical director positions. Afterward she became the Vice President of Medical Affairs and co-founder of a non-profit that served those with mental illness who were underserved and uninsured. Before becoming the Chief Medical Officer, Dr. Mcintrye was a Consultant Psychiatrist with the Waikato District Health Board. 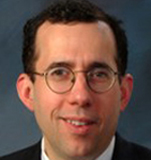 Dr. David Rosenberg is Chair of the Department of Psychiatry and Behavorial Neurosciences and 15-year veteran of the Wayne State School of Medicine faculty.

Dr. Rosenberg serves as the chief of Child Psychiatry and Psychology for the WSU School of Medicine and is the director of Child and Adolescent Neuropsychiatric Research at Children's Hospital of Michigan. He is the director of the Obsessive Compulsive Disorder Clinical Research Program and the Child and Adolescent Research Division, as well as medical director for Behavioral Health Research and Development for Children's Hospital of Michigan. 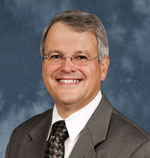 He's responsible for reimbursement to more than 25,000 physicians throughout Michigan. Under his leadership, Blue Cross introduced physician incentive programs to promote cost-effective ways to prescribe drugs and to provide consistent care for people with chronic illness.

In 2010, Crain's Detroit Business honored Dr. Simmer with a Healthcare Hero award. It recognized his work promoting health care transformation in Michigan through the Patient-Centered Medical Home initiative and other collaborative programs with doctors and hospitals throughout the state.

Prior to joining Blue Cross, Dr. Simmer served as vice president of Health and Medical Affairs for Health Alliance Plan. He also served as associate program director for the Internal Medicine Residency Program at Henry Ford Hospital and was the recipient of several Distinguished Service Awards.

Dr. Simmer graduated from Wayne State University's School of Medicine and earned his bachelor's degree from the University of Michigan. He's a member of the American Medical Association, Michigan State Medical Society and a Fellow of the American College of Physicians. 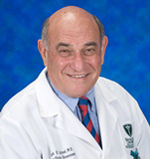 Dr. Sobel is a longtime member of the School of Medicine faculty, with extensive experience in both clinical practice and medical administration.

One of the world's foremost authorities on bacterial vaginosis, Dr. Sobel is a widely published and strongly funded physician-researcher. He has been involved in basic science, translational and clinical research since the inception of his Infectious Diseases Research Fellowship in 1976 at the NIH Laboratory of Clinical Investigation. He has served as a consultant for the U.S. Centers for Disease Control and Prevention's special committee for recommending guidelines for the treatment of sexually transmitted diseases.

The chair of the Division of Research in the internal medicine department, Dr. Sobel also is a professor of WSU Immunology and Microbiology, and of Obstetrics and Gynecology.

He received the Golden Apple Award for best clinical teacher in 1979 and the Medical House Staff Award for Excellence in Clinical Teaching in1984 at the Medical College of Pennsylvania. He was given the Distinguished Faculty Award from the WSU Department of Internal Medicine in 1986 and the School of Medicine's Teaching Award in 2004. In 2008 he received the Gershenson Distinguished Faculty Award, and in 2011 was elected to the WSU Academy of Scholars.

Dr. Sobel has been consistently named a Best Doctor in America since 1998, a Top Doctor since 1995 and a Super Doctor since 2011. 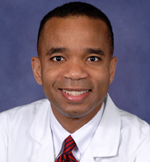 Dr. Herbert Smitherman Jr. is Assistant Dean of Community and Urban Health at Wayne State, and Assistant Professor of Internal Medicine at the Karmanos Cancer institute.

He is also President and CEO of Health Centers Detroit Foundation, a Federally Qualified Health Center Look-Alike in the city of Detroit. His research and expertise focus primarily on creating sustainable systems of care for urban communities, for which he has received more than $10 million in grant funding to study.

Dr. Smitherman has spent the past twenty-one years working with diverse communities in Detroit to develop urban-based primary-care delivery systems that integrate the health, social goals and concerns of the community. 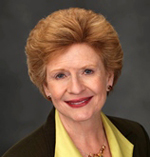 Debbie Stabenow is a United States Senator from the state of Michigan. She is also a ranking member of the Senate Agricultural Committee, and a member of the Senate Energy, Finance, and Budget Committees. During her time in the Senate, she has cut taxes for small businesses, passed initiatives to revitalize our manufacturing sector, and authored the retooling loan program for advanced manufacturers, which brings jobs back to Michigan.

Senator Stabenow received her Bachelor's and Master's degrees from Michigan State University and first ran for public office at 24 years old. In the two years following her election to the Ingham County Board of Commissioners, she was elected Chair. In 1979 Senator Stabenow was elected to the Michigan House of Representatives, where she served for the next twelve years. After her time in the House of Representatives she was elected the State Senate where she served one term. After her time in state legislature, Senator Stabenow was elected to represent Michigan's Eighth Congressional District in U.S Congress and eventually made history when she became the first woman from the state of Michigan to be elected to the United States Senate.

During her time in politics, Senator Stabenow has demonstrated her commitment to her constituents. Her position as Co-Chair of the Senate Manufacturing Caucus has allowed her to save Michigan jobs, as well as pass new tax cuts, grants, and loan programs in order to keep manufacturing jobs in Michigan. In addition to her focus on jobs in Michigan, she has also made affordable healthcare a priority. She aided in the passage of the Affordable Care Act and authored an amendment immediately cutting taxes for small business that provide health coverage for their employees.

Dr. Thomas Watkins is the President and CEO of the Detroit-Wayne Mental Health Authority where he works to manage and lead a system of care to provide support and treatment to over 70,000 people with mental illness, developmental disabilities, and substance abuse.

Dr. Watkins attended Michigan State for his Bachelors degree, and then went to Wayne state, where he got his Masters of Social Work and is currently completing his Ed.D. In 1996 he was the CEO of the Economic Council of Palm Beach County. In 2001, however, he became the State Superintendent of Public Instruction for the State of Michigan. Four years later Dr. Watkins became the president of TDW and Associates where he sought to provide advice to not-for-profit education, healthcare, and business clients.

Dr. Watkins has been working as the President and CEO of the Detroit-Wayne Mental Health Authority since 2013 and continues to help those in need. 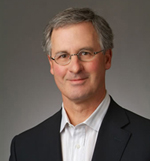 As a company CEO, Dr. Wahr has wide-ranging experience with both the European regulatory authorities and the US FDA. His companies have sponsored 9 clinical trials involving more than 1500 patients leading to approvals for 4 unique and innovative medical products.

Dr. Wahr has served on the board of directors of several medical device companies including Accumetrics, IDev, Velocimed, and Lutonix, and he currently serves as chairman of the board for Intact Vascular. Additionally, Dr. Wahr spent two years as a Managing Director with RiverVest Ventures focusing on capital investments in emerging medical technology companies.

Dr. Wahr received a Bachelor of Arts from Albion College and his Medical Degree from Wayne State University School of Medicine. He did a fellowship in interventional cardiology at the University of California, San Francisco and is currently board certified in interventional cardiology. He spent more than 14 years in clinical practice and served as the Chief of Cardiology at the Michigan Heart and Vascular Institute in Ann Arbor, MI prior to launching his entrepreneurial career.